The late Gene Hill, one of my favorite outdoor writers, once said, "There are too many months between October and October." And he wasn't even from Michigan. There's nothing that gets me in the writing mood like crisp mornings and an entire forest ablaze in color. This is the writer's season! 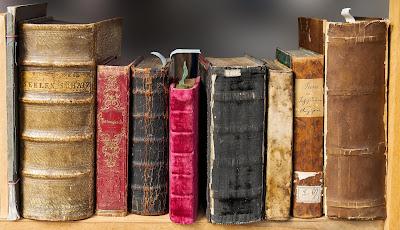 We are currently re-scheduling our October meeting, so stand by for an update. Keep an eye on the Facebook page, that's usually where news travels fastest. But we'll get out an email update as well. Stay tuned!

Sarah Grimm's first book, Scarlet Moon, will release on October 21st. This is Sarah's first, a young adult epic fantasy. Be sure to shout out a congratulations to Sarah!
---------

Deb Gardner Allard's debut YA book, Before the Apocalypse: A Young Adult Christian Suspense, has been released under her pen name Taylor Jaxon. The Left Behind series tackled what might happen after the Rapture, but what precedes it? In this tale, Sam, a non-Christian, and Hud, a Christian, journey on tangled paths that steamroll into the unexpected. Neither boy will ever be the same. Just what might we expect before the Rapture--and more importantly, before the Apocalypse?

Karin Beery will be teaching Understanding Editing: What You Need to Know, Who to Hire, and Where to Look at the Breathe Conference, Oct. 7-8 in Grand Rapids. This year's conference also features keynote speaker James Scott Bell. There's still time to register and reserve your spot!

Soooooo...what's up with you? We want to know what's happening in our chapter. We know you're busy, but drop us a line at ron@ronestradabooks.com.

That's it for now!

Welcome from the water wonderland!

We're the Great Lakes Chapter of the American Christian Fiction Writers Association. Writing excellent, inspirational fiction from the great state of Michigan, we are always working to glorify God the Father and Jesus, His Son.

Please wander through the site for workshop and conference details, members news, and other writing and GLC information. If you have questions, please contact us anytime. We'd love to hear from you!

"I will perpetuate your memory through all generations;
therefore the nations will praise you for ever and ever."
~ Psalm 45:17